Tom J.F. Tillemans is Professor Emeritus of Buddhist Studies in the Faculty of Oriental Languages and Civilizations at the University of Lausanne in Switzerland. With a focus on Buddhist logic and epistemology, Madhyamaka philosophy, and comparative philosophy, he was from 1998-2006 co-editor of the Journal of the International Association of Buddhist Studies. Born in 1950 in the Netherlands and raised in Canada, he now serves as a senior project editor for the 84000 project tasked with translating the scriptures of the Tibetan Buddhist canon. He divides his time between Switzerland and British Columbia, Canada. 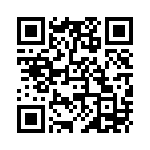