Richard Kernaghan is Associate Professor of Anthropology at the University of Florida. He is the author of Coca's Gone: Of Might and Right in the Huallaga Post-Boom (Stanford, 2009). 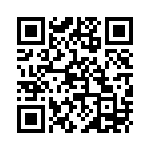