This is the sixth installment in American fantasy writer L.E. Modesitt’s Imager series. In it, Quaeryt continues to advance his goals of making the continent of Lydar a safe place for imagers (the ... Read full review

Modesitt begins to fall into a pattern now with his series, that will take 5 books to tell of the conquest of the continent. The logic used by our hero to justify that conquest is such that victors ... Read full review

L. E. Modesit Jnr is the bestselling author of over sixty novels encompassing two science fiction series and three fantasy series, including the saga of Recluce. He lives in Cedar City, Utah.www.lemodesittjr.com 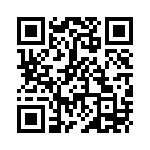