GEORGE F. KENNAN AND THE ORIGINS OF CONTAINMENT, 1944-1946: The Kennan-Lukacs Correspondence

By distinguished diplomat and Cold War policy architect Kennan (At the Century's Ending, 1996, etc.) with some input from historian Lukacs (The End of the Twentieth Century, 1993), some brief ... Read full review

George F. Kennan and the origins of containment, 1944-1946: the Kennan-Lukacs correspondence

In this slim but hard-hitting volume, diplomat Kennan (At a Century's Ending, LJ 10/15/95) and historian Lukacs (Destinations Past, LJ 6/15/94) rebut the revisionist argument that the United States ... Read full review

George F. Kennan is one of the greatest diplomats in the history of the United States. A historian and author of many works, he is much admired for the exceptionally high standards his scholarship pursues.

John Lukacs is a historian of international reputation and the author of many books, including his most recent, Destinations Past: Traveling through History (University of Missouri Press). 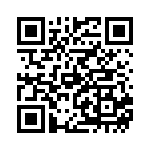