W. Lawrence Lipton, is currently retired and living on the Maine Coast in a house he purchased in the 1970's when he was an internationally recognized Estate & Trust Manager for a NYC Law firm. After writing his first book, Path of the Serpent (1979), in which he explored his cultural migration and interaction from the perspective of a similarity of symbol and intellectual beliefs, he accepted a position as Accounting Specialist for Husson University. He then joined the University of Maine System as a Professor of Business Studies. The Gale Biography Resource Center gives Prof. Lipton twelve listings, in three areas of expertise, including authorship of three additional books, financial analysis software and two films made during the time he was a founding member of Filmmakers Projection which included, as members, Kenneth Anger, Al Leslie, Stan Brakhage, Andy Warhol, Mike & George Kuchar, and other noteworthy artist/filmmakers from the mid-1960's. Prof. Lipton is twice widowed with six adult children; he is also profoundly dyslexic and holds degrees from New York University and Pace University. 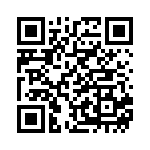