Frederic Chopin was born on February 22, 1810, in Zelazowa Wola, a small city located near Warsaw, Poland. The son of a French father and a Polish mother, Chopin spent his childhood studying the music of Mozart and Bach, and learned how to play the piano at the Warsaw School of Music. At the age of seven, Chopin performed his first public concert, and eight years later, at 15, he became a published composer. By the late 1820s, Chopin was traveling across Europe giving concert performances. Falling in love with Paris, Chopin moved there in 1831, and never again returned to his homeland. Chopin began a relationship with Mme. Aurore Dudevant, also known as George Sand, in 1837. When their relationship fell apart some ten years later, Chopin was heartbroken. Chopin continued to compose, but his battle with tuberculosis, which he had been dealing with for years, caught up to him Chopin died on October 17, 1849, at the age of 39. 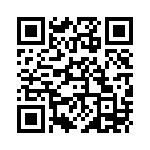