All the news that's fit to sell: how the market transforms information into news

James T. Hamilton is Charles S. Sydnor Professor of Public Policy, Economics, and Political Science at Duke University. He has written or coauthored six books, including Regulation through Revelation and Channeling Violence (Princeton), which won the Shorenstein Center's Goldsmith Book Prize. He is also a recipient of the David N. Kershaw award for distinguished public policy research. 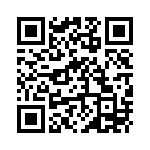