Great book. An amazingly tragic story that ended the career and almost the life of an extraordinary boxer. Movie was later made about Ruben Carters life (as well as a classic Bob Dylan song) starring Denzel Washington, which is very good as well. Read full review

An inspiring story about one of this country's true unsung heroes. Written by Carter in prison this book eventually led to his freedom. Read full review

In 1974, Rubin "Hurricane" Carter's autobiography, THE 16th ROUNDwas published by Viking. Written from prison, Carter chronicled the twisted events that took him from world middleweight boxing contender to his life sentence as the accused murderer of three people in a New Jersey bar. Joan Baez, Muhammad Ali and Roberta Flack protested his innocence, and Bob Dylan wrote his classic anthem "Hurricane" about Carter's struggle. But it took the determined efforts of a group of Canadians, including Sam Chaiton and Terry Swinton to free Rubin Carter. 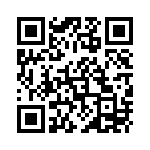