The great coach’s pyramid of success is not really a book but a framework that I learned early in life from basketball and it has been something that has stayed with me and proven to provide ... Read full review

Every parent should read this book. Read full review

JOHN WOODEN was a high school and college coach for 40 years. During that time, his teams won more than 80 percent of their games. From 1948 to 1975, his UCLA Bruins teams claimed 10 NCAA national championships, including seven in a row, and at one time won 88 consecutive games. Wooden is in the Basketball Hall of Fame, both as a player and a coach. He originated the Pyramid of Success and was the coauthor with Jay Carty of the bestseller Coach Wooden One-on-One. Coach and his wife, Nellie, were married 53 years when she passed away in 1985. Coach lived to be 99 years of age, passing away on June 4, 2010.
JAY CARTY has played for the Los Angeles Lakers, coached basketball at his alma mater, Oregon State, and been a part of John Wooden’s UCLA coaching staff. After hanging up his basketball shoes, Carty entered ministry. For 25 years he has been a traveling preacher and has written seven books, including Counter-attack and Playing with Fire. Jay and his wife, Mary, live in Santa Barbara, California. 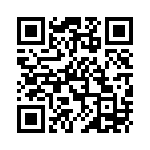