Lafcadio Hearn is best known for his writings on Japan -- he immigrated to that country, married a samurai's daughter, and spent his life teaching and writing about his adopted land. But before he ... Read full review 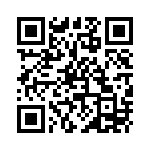