Fast paced, shows the inventor's flaws (which were many, especially as a business man) and his abilities. Interesting how the inventor could not see what would become the most common uses of his inventions, losing out financially thereby. Read full review

The Wizard of Menlo Park. Thomas Edison fascinates me. This book did not. It's essentially a regurgitation of letters and newspaper articles about the man. As other readers have pointed out, that in ... Read full review

RANDALL STROSS is the author of five previous books, including eBoys and Steve Jobs & the Next Big Thing. 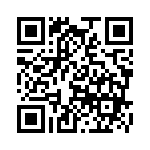