Stephanie Hodgson-Wright teaches at the University of Gloucestershire. Among her publications is the groundbreaking monograph Women and Dramatic Production 1550-1700 (with Alison Findlay and Gweno Williams). She is involved as well with practical theatre work, including productions of The Tragedy of Mariam, The Rover, Iphigenia at Aulis, and Love’s Victory. 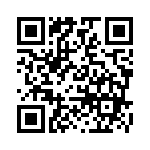