D. H. Lawrence was born on September 11, 1885, in Eastwood, Nottinghamshire, England. His father was a coal miner, his mother a former lace worker and unsuccessful haberdasher. He began school just
before the age of four, but respiratory illness and a weak constitution forced him to remain home intermittently. Two months before his sixteenth birthday, he went to work as a clerk in a badly ventilated factory
that made medical supplies, and eventually contracted pneumonia. After a long convalescence, he got a job as a student teacher, but privately he resolved to become a poet. He began writing seriously in 1906
and entered University College, Nottingham, to earn his teacher's certificate. Two years later he started teaching elementary school full-time. He published his first poems in the English Review in 1909. 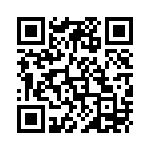