Stephen Littlejohn (Ph.D., University of Utah), is a conflict management consultant, mediator, facilitator, and trainer. He is consultant for the Public Dialogue Consortium and a partner in Domenici Littlejohn, Inc. Stephen is co-author of Moral Conflict: When Social Worlds Collide (Sage, 1997) and has written numerous other books and articles on communication and conflict. He was a professor of communication at Humboldt State University in California and is currently Adjunct Professor of Communication and Journalism at the University of New Mexico. He has done research on mediation and conflict management for 19 years and has been an active mediator for eight. Stephen has been a consultant for such clients as the Waco Youth Summit, the Alliance for Constructive Communication, the City of Cupertino, Columbia Basin College, and Washington State University.

Karen Foss (Ph.D., University of Iowa) is Regents’ Professor and until recently was Chair of the Department of Communication and Journalism at the University of New Mexico and has joined Stephen Littlejohn as a co-author on his bestselling textbook,Theories of Human Communication, 9th Edition. She has been at the University of New Mexico since 1993 and in that time served not only as a departmental chair but also as Director of Graduate Studies for the department and as Director of Women’s Studies. In 2005, she received the Gender Scholar of the Year award from the Southern States Communication Association and was named Presidential Teaching Fellow for 2004-2006. Her research interests include contemporary rhetoric and criticism, social movements and social change, and feminist perspectives on communication. In addition to her work on Theories of Human Communication, she has co-authored Women Speak: The Eloquence of Women’s Lives, Inviting Transformation: Presentational Speaking for a Changing World, Contemporary Perspectives on Rhetoric, Feminist Rhetorical Theory (SAGE 1999) and Readings in Feminist Rhetorical Theory (SAGE 2004). Dr. Foss regularly teaches feminist rhetorical theory; rhetorical criticism; rhetorical theory; women, agency, and change; and public speaking. 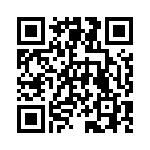