boring with a hint of less action bro. 1 star the is not for some who likes robots

Page 1 - Gloria withdrew her chubby little forearm from before her eyes and stood for a moment, wrinkling her nose and blinking in the sunlight. Then, trying to watch in all directions at once, she withdrew a few cautious steps from the tree against which she had been leaning. She craned her neck to investigate the possibilities of a clump of bushes to the right and then withdrew farther to obtain a better angle for viewing its dark recesses. The quiet was profound except for the incessant buzzing of insects...
Appears in 6 books from 1954-1991

Isaac Asimov began his Foundation Series at the age of twenty-one, not realizing that it would one day be considered a cornerstone of science fiction. During his legendary career, Asimov penned over 470 books on subjects ranging from science to Shakespeare to history, though he was most loved for his award-winning science fiction sagas, which include the Robot, Empire, and Foundation series. Named a Grand Master of Science Fiction by the Science Fiction and Fantasy Writers of America, Asimov entertained and educated readers of all ages for close to five decades. He died, at the age of seventy-two, in April 1992. 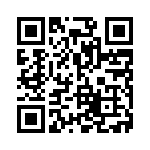