LAWRENCE DAVIDSON is a professor of history at West Chester University in Pennsylvania. He is the author of America’s Palestine: Popular and Official Perceptions from Balfour to Israeli Statehood, Foreign Policy, Inc.: Privatizing America’s National Interest and coauthor of A Concise History of the Middle East. 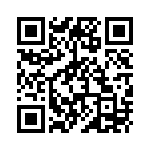