Roger Padilha and Mauricio Padilha are the founders of MAO Public Relations and MAO Mag and authors of The Stephen Sprouse Book. André Leon Talley is a contributing editor to Vogue. Anna Sui's clothes, cosmetics, and accessories are sold in more than fifty countries worldwide. She launched her company in 1991, and in 2009 she received the CFDA Lifetime Achievement Award. 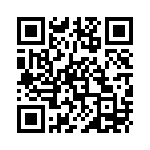