A graduate of the University of Montana, Michael T. Cibenko spent his early 20s teaching English in Kumamoto Prefecture, Japan. During that time, he became enthralled with the local culture and the devotion of the close-knit community of Japanese Catholics. It was here that his own Catholic faith revived and also where he met his wife, a native of Yatsushiro. A student of history, Michael became interested in the Shimabara Rellion of 1637—an ultimately unsuccessful uprising of Japanese Christians led by Catholic samurai Shiro Amakusa. It was this research that would flower into the historical novel, Masaru. 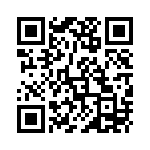