Often entertaining account of incidents that took place (mostly) during World War II in the "grand hotels" of London. There's a bit of a cheat in the book, in that the 1947 Savoy Hotel strike is ... Read full review

Ultimately a really enjoyable book. Incorrigibly gossipy and with plenty of name-dropping, it manages to reveal a real heart in places. In between the campy goings-on of the habitués of the Ritz, the ... Read full review

Matthew Sweet presents Night Waves and Freethinking on BBC Radio 3, and is the summer presenter of The Film Programme on Radio Four. He is the author of Inventing the Victorians and Shepperton Babylon, which he adapted as a film for BBC Four. His TV programmes include Silent Britain, A Brief History of Fun, The Age of Excess,Truly, Madly, Cheaply and The Rules of Film Noir. 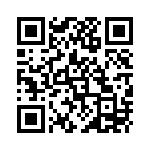