SIR CHARLES SPENCER “CHARLIE” CHAPLIN was born in 1889 in London to impoverished parents. He began performing at age ten as a member of a juvenile clog-dance troupe. In 1913, while he was touring with a vaudeville act in the US, Keystone films recruited Chaplin to make films. In only his second short—Kid Auto Races at Venice—he debuted his “Little Tramp” character, and his fame quickly exploded. He went on to write, direct, and star in some of the most critically acclaimed movies ever made, including the classics The Gold Rush, City Lights, The Great Dictator, Monsieur Verdoux, and Modern Times—for which he also wrote the song “Smile,” still a standard. In 1919 he founded the United Artists film studio along with Mary Pickford, Douglas Fairbanks, and D.W. Griffith, and in 1929, the first year of the Academy Awards, he won an award for “versatility and genius” in The Circus. But Chaplin’s career took a dark turn during the McCarthy era, when he was accused of “un-American activities” and monitored by the FBI; he would later satirize the McCarthy committee in his A King in New York, but when he visited the UK in 1952 his re-entry permit to the US was revoked. Objecting to what he described as “lies and propaganda by powerful reactionary groups,” he moved with his family to Switzerland, where he would live until his death on Christmas day 1977.

DAVID ROBINSON is a film critic and author, and the official biographer of Charlie Chaplin. His Chaplin: His Life and Art is regarded as the definitive book on the subject. 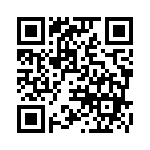