"Little Heroes" suffers big-time from Spinrad's habit of letting his plot get away from him and romp through fifteen or sixteen chapters while restating the same precepts over and over again ... Read full review

An over-the-hill rock star, a Puerto Rican street kid, and two children of the electronic age discover strength in numbers when they take on the power of Musik, Inc., in a war of nerves, passion, and ... Read full review

Norman Spinrad (1940 - )Norman Richard Spinrad was born in New York City in 1940. He began publishing science fiction in 1963 and has been an important, if sometimes controversial, figure in the genre ever since. He was a regular contributor to New Worlds magazine and, ironically, the cause of its banning by W H Smith, which objected to the violence and profanity in his serialised novel Bug Jack Barron. Spinrad's work has never shied away from the confrontational, be it casting Hitler as a spiteful pulp novelist or satirising the Church of Scientology. In addition to his SF novels, he has written non-fiction, edited anthologies and contributed a screenplay to the second season of Star Trek. In 2003, Norman Spinrad was awarded the Prix Utopia, a life achievement award given by the Utopiales International Festival in Frances, where he now lives. 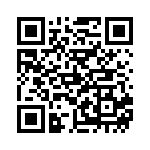