Written by anthropologist and McArthur fellow Jason De Leon “The Land of Open Graves: Living and Dying on the Migrant Trail” is an engaging and harrowing analysis of the consequences of the US immigration policy. Through interviews, photographs, governmental documents, De Leon reveals the suffering and and deaths that occur daily in the Sonoran Desert of Arizona as thousands of undocumented migrants attempt to from Mexico in to the United States. De Leon critiques the implementation of the 1994 policy; Prevention Through Deterrence which heavily relies on the unwelcoming conditions of the Sonoran Desert as a way of preventing illegal immigration. De Leon makes the argument that the federal government is weaponizing the harsh environment as a first line of defense against immigration as well as shifting the blame of migrant injuries and deaths towards a natural phenomenon. Part of the beauty of this book is De Leon’s utilization of migrant interviews to illustrate the impact the policy has had on the migrant trail and his use of interdisciplinary methods to investigate the program.
He also attempts to chronologize the experiences of the migrants by
Part 1 titled This Hard Land De Leon deeply focuses on the PTD Prevention Through Deterrence program and the many elements that play into its continuation today. He describes both the human and non human actions that make the entire journey dangerous and allows for the US federal government to dismiss and offset the blame of migrant deaths. In this section he writes about the “hybrid collectif” which he defines as a network which contains a large set of human and non human actors that obstruct the migrants attempts at border-crossing and facilitates death and disappearance.
Part 2 titled El Camino begins to humanize the cost of the program through introducing characters like Memo, Lucho, Lupita, Lucy and others. The second part relies heavily on the trials and tribulations of Memo and Lucho as they offer him the complete story, but their stories are not much different from that of the thousands of migrants passing through the shelters Nogales, Mexico and the Grupo Beta office. In some chapters, he also uses traceological analysis to examine the materials left behind on the trail as a means of further arguing against the program. In other chapters, he created an experiment using dead pigs clothed in migrant belongings, vultures, cameras to replicate how non human actors contribute to the violence of making corpses disappear. By producing names, photographs and life experiences, I believe that De Leon was able to force the readers to take accountability for each of the migrants trials and tribulations and for some; their deaths.
Part 3 titled Perilous Terrain De Leon recounts the story of Marciela one of the many migrants who lost her life attempting to cross in the US and the subsequent consequences that changed the lives of her family and community. The vivid description of her death helps bring to life the consequences of necro violence for those who do not survive. In this section he also explains that although the PTD is a horrific tactic the dangers of the journey is not enough to deter migrants looking for economic stability produced by the extensive undocumented industry inthe US.

Jason De Le—n is Assistant Professor of Anthropology at the University of Michigan and Director of the Undocumented Migration Project, a long-term anthropological study of clandestine border crossings between Mexico and the United States. His academic work has been featured in numerous media outlets, including National Public Radio, the New York Times Magazine,ĘAl Jazeera magazine, The Huffington Post, and Vice magazine. In 2013, De Le—n was named a National Geographic Emerging Explorer. 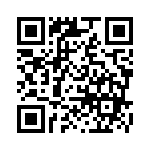