Hajo Holborn was Sterling Professor of History at Yale University. 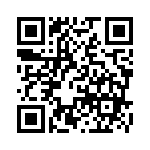