I found myself unable to stop reading Tobias Wolff's memoir of his childhood. That's largely because he is such a good writer, but it is also because I know the Pacific Northwest locales where he grew ... Read full review

I'm surprised by the relatively low score this memoir has received. I found it very honest and funny. Maybe I could relate to Jack more than other readers, or at least sympathize more? Also possible ... Read full review

Tobias Wolff was born in Birmingham, Alabama on June 19, 1945. He served in the military as a paratrooper during the Vietnam War. He received a B.A. in 1972 and a M.A. in 1975 from the University of Oxford and a M.A. in 1978 from Stanford University. He held faculty positions at Stanford University, Goddard College, Arizona State University, and Syracuse University. He was also a reporter for the Washington Post. His first collection of short stories, In the Garden of the North American Martyrs, won the St. Lawrence award for fiction in 1982. His other works include Back in the World, In Pharaoh's Army: Memories of a Lost War, The Night in Question, Old School, and Our Story Begins. The Barracks Thief won the PEN/Faulkner award for fiction in 1985. This Boy's Life: A Memoir won the Los Angeles Times Book prize in 1989 and was made into a 1993 film starring Robert De Niro and Leonardo DiCaprio. He also won three O. Henry Awards in 1980, 1981, and 1985 and the National Medal of Arts in 2015. He edited several anthologies of short stories including Matters of Life and Death: New American Stories, A Doctor's Visit: Short Stories by Anton Chekhov, and The Vintage Book of Contemporary American Short Stories. 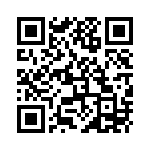