An analytic philosopher, Roderick M. Chisholm is a meticulous epistemologist, although he also addresses historical figures and basic issues in metaphysics. He was born in Massachusetts, educated at Brown and Harvard universities, and in 1947 returned to Brown, where, with the exception of many visiting appointments, he has spent his academic career. Three important influences on Chisholm were Thomas Reid, Franz Brentano, and George Moore whose close attention to detail he owes something of his own style. All three were deeply concerned with perception, which is a major theme of Chisholm's work. His 1957 book, Perceiving, is a discussion of philosophical puzzles of perception and an attempt to resolve them. He also has written important studies of Brentano and of abstract concepts in philosophy of mind. 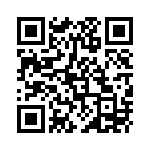