Without a doubt, Amundsen is a giant among polar explorers, having lead the first open-sea voyage of the Northwest Passage and, several years later, the first successful expedition to the South Pole ... Read full review

It's interesting to compare this account with Apsley Cherry-Garrard's story of the Scott expedition. They were both racing for the south pole but Amundsen relied on very careful preparation and an ... Read full review

Roald Amundsen, a Norwegian polar explorer (1872-1928), was the first man to reach the South Pole. He was also the first to navigate the Northwest Passage, and later may have been the first to fly over the North Pole. While flying on a rescue mission in 1928, Amundsen was killed when his plane crashed into the Arctic Ocean. 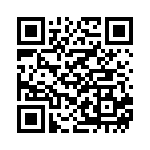