The author was involved with the development of ENIAC, EDVAC, and the IAS machine so perhaps not surprising that he throws a little shade on Atanasoff and Turing. There is some interesting background ... Read full review 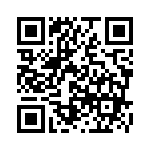