Woman in White Loved it!

The hardcover book itself is wellmade and I was happy to find a copy of this novel in such a recent printing. The book may be a classic but it holds up to a modern reading and has fabulous twists and turns. Read full review

Wilkie Collins was born in London on 8 January 1824. His father was the landscape painter William Collins. After school he worked for a tea merchant before studying to become a lawyer. In 1848 he published a biography of his father and his first novel, Antonina, followed in 1850. In 1851 he met Charles Dickens who would later edit and publish some of his novels. Collins's novels were extremely popular in his own time as well as now. TheWoman in White(1859), No Name(1862), Armadale(1866) and The Moonstone(1868) are his best known works. Collins was linked with two women (one of whom bore him three children) but he never married. He died on 23 September 1889.

Wilkie Collinswas born in London in 1824, the eldest son of the landscape painter William Collins. In 1846, having spent five years in the tea business, he was entered to read for the bar at Lincoln's Inn, where he gained the legal knowledge that was to give him much material for his writing.

From the early fifties, he was a friend of Charles Dickens, acting with him, contributing to Household Words, travelling with him on the Continent. Dickens produced and acted in two melodramas written by Collins, The Lighthouse(1855) and The Frozen Deep(1857).

Collins is best remembered for his novels, particularly The Woman 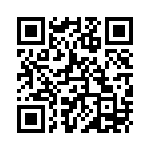