“The spaces Calabi envisioned not only were complex, but also had a special property called Kähler geometry. Riemann surfaces automatically qualify as Kähler, so the real meaning of the term only ... Read full review

From the horse's mouth, a qualitative but thorough account of the Calabi-Yau manifolds that mathematically model the compactification of the 6 extra spatial dimensions in string theory. Good stuff to ... Read full review

Shing-Tung Yau has won many awards, including the Fields Medal. He is a professor of mathematics at Harvard University and lives in Cambridge, Massachusetts.

Steve Nadis is a Contributing Editor to Astronomy Magazine. He has published articles in Nature, Science, Scientific American, New Scientist, Sky&Telescope, The Atlantic Monthly, and other journals. He has written or contributed to more than two dozen books. A former staff researcher for the Union of Concerned Scientists, Nadis has also been a research fellow at MIT and a consultant to the World Resources Institute, the Woods Hole Oceanographic Institution, and WGBH/NOVA. He lives in Cambridge, Massachusetts. 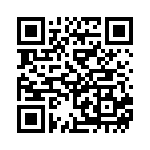