42 pages matching Roman in this book

Fred Kaplan teaches at Queens College and the Graduate Center of CUNY. He is the editor of The Essential Gore Vidal and the author of the biographies Henry James, Dickens, and Thomas Carlyle, which was nominated for a National Book Critics Circle Award and the Pulitzer Prize. Kaplan lives in Brooklyn, New York. 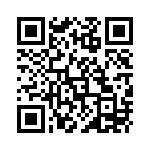