David Manley is Assistant Professor of Philosophy at the University of Michigan, Ann Arbor. His papers have appeared in such journals as Mind, The Journal of Philosophy, Nous, and Philosophy and Phenomenological Research. 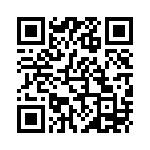