Michael R. T. Dumper is reader in Middle East politics at the University of Exeter, Exeter, UK, specializing in urbanism and religious institutions of the Middle East.

Bruce E. Stanley is provost at Huron University in London and a research fellow in the Department of Politics at the University of Exeter, Exeter, UK, specializing in Middle East political economy and urbanization. 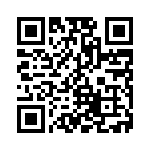