This book contain very unreliable information. It’s using sources which are two centuries old, translations which were done under British colonial influence. It’s quite established among all I’d Ian scholars that British translations are completely biased and unreliable. Any person using those translation might as well be trying to establish the same thing and probably be continuing the same colonial agenda. Few easily testable observations from chapter 2 and 12 that I was able to date back to around 3000 BCE. One calculation of obliquity pin points the observation to within an precision of couple of months.
Where as this book is conveniently missing the “easily testable” observations. This book keep drawing conclusions based on “if” that is true” well how about testing if “that’ which is apparently colonial translation is true or not? Very unreliable.

A wonderful practical 21st century insight into the Vedic viewpoint of the Cosmic Creation of the Universe. It shows how vast the documented knowledge the Bhagavad Purana or Srimad Bhagavatam has of the creation, description and function of the universal creation. It may seem fantastical, but if one views this in a vedic scientific lens, one can immediately see that this is not a work of mere fiction, legend or fantasy as its details and calculations are intricately interwoven with Vedic Mathematics which has been the basis for modern mathematics.
The complex is made visible and comprehensible in this wonderful masterpiece which allows us a very practical presentation for the modern man to understand the Vedic view points of the Universal creation. 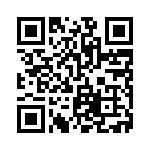