George Enteen teaches European History at The Pennsylvania State University. After receiving his PhD from George Washington University, Dr. Enteen studied at Moscow University, pursuing his interest in Soviet historiography that began when he was an exchange student at Leningrad University. 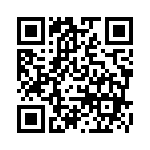