Brian G. Henning is an associate professor of philosophy at Gonzaga University. A Summa cum laude graduate in philosophy from Seattle University, Dr. Henning holds a M.A., M.Phil., and Ph.D. in philosophy from Fordham University. His research includes domestic and international invited lectures, book reviews, nearly twenty articles or anthology chapters, two books, and three co-edited volumes, including Beyond Metaphysics? Explorations in Alfred North Whitehead’s Late Thought, co-edited with Roland Faber and Clinton Combs (Rodopi 2010) and Being in America: Sixty Years of the Metaphysical Society, co-edited with David Kovacs (forthcoming, Rodopi). His 2005 book, The Ethics of Creativity (University of Pittsburgh), won the Findlay Book Prize from the Metaphysical Society of America. He is co-editor of the Contemporary Whitehead Studies book series through Lexington Books/Rowman & Littlefield.

Adam C. Scarfe is an assistant professor of philosophy at the University of Winnipeg. His areas of research are applied ethics, philosophy of education, continental philosophy, and philosophy of biology. Scarfe is the executive director of the International Process Network, an organization dedicated to advancing process philosophy globally. He has published well over twenty-five articles and book chapters, and is the editor and a co-author of The Adventure of Education: Process Philosophers on Learning, Teaching, and Research (Rodopi Press, 2009). 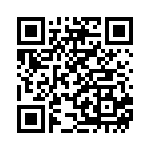