So far, I have made two of the salsas in this book, both delicious. The one I made today--roasted tomatillo salsa with chipotle pepper. I can't believe that all of these years I've been looking for ... Read full review

Truly Mexican is a gorgeous, full color Mexican cookbook by chef Roberto Santibanez. The book is designed to be extremely user friendly with no dust jacket (I hate those on cookbooks!), easy to read ... Read full review

Roberto Santibańez is a graduate of Le Cordon Bleu in Paris, the chef/owner of Fonda in Brooklyn, New York, and the Culinary Partner of The Taco Truck in Hoboken, NJ. A native of Mexico City, he is the President of Truly Mexican Consulting in New York and a member of The Culinary Institute of America's Latin Cuisines Advisory Council. He is also the author of Rosa's New Mexican Table.

JJ Goode is a Brooklyn-based food writer who has written about food and travel for the New York Times, Gourmet, Saveur, Bon Appetit, Food & Wine, and Every Day with Rachael Ray. He is a contributing editor for Details, and the coauthor of Morimoto: The New Art of Japanese Cooking by Masaharu Morimoto and Serious Barbecue by Adam Perry Lang.

Romulo Yanes is a New York-based photographer who specializes in editoril, food, and travel. He was the photographic eye for Gourmet for nearly 25 years, capturing memorable images for the magazine's covers and travel and food segments. 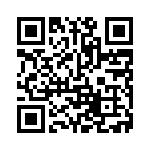