Pretty sure I read this 10 years ago when I first learned git, but either I never noticed it or the chapter wasn't there: I just found it really useful to go back and review this "Git internals" chapter 10 at the end. Wish I'd read this when I first started. Read full review

A reasonably clear introduction and explanation of git. The first part does a good job at explaining things for new users, and is especially good at pointing out saner ways to do things that were ... Read full review

A biography is not available for this author. 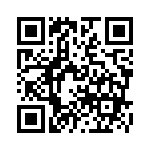