I enjoyed reading the first half of the book, and I struggled to go through the second half. In any case, it was a good read, and the advices at the end of every chapter are sometimes useful. Read full review

Loved the title of this book and was excited to pick it up, having read other memoirs of scientists (Richard Feynman, memorably). Found though that this book didn't resonate. Liked the idea of the ... Read full review 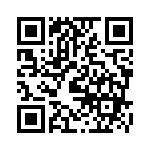