This work was written by a Byzantine emperor and is a manual for his son on how to deal with the various governments surrounding the empire in the 1010's. It has historical sketches of the later ... Read full review

An excellent resource for the student of Byzantine political theory. Read full review 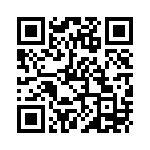