Alaric Hall, Ph.D. (2004) in English Language, University of Glasgow, is a lecturer in medieval English literature at the University of Leeds. He has written extensively on medieval Insular and Scandinavian language and culture. Olga Timofeeva, candidate of sciences in philology (2005), St Petersburg State University, Russia, has just submitted her Ph.D. dissertation on Latin influence on Old English syntax to the University of Helsinki, Finland. She is a researcher at the Research Unit for Variation, Contacts and Change in English and a part-time instructor at the Department of English, University of Helsinki. Her scholarly interests include medieval translation and language contact. gnes Kiricsi, Ph.D. (2006) in Medieval English Literature, E tv s Lor nd University, Budapest, is a lecturer at K roli G sp r University in Budapest. Her main field of expertise is the concept of the mind in Anglo-Saxon and later medieval England. Bethany Fox, B.A. Cantab. (Anglo-Saxon, Norse and Celtic, 2003), B.Sc. Open University (Geosciences, 2008), is a Ph.D. student in Geology at the University of Otago and author of 'The P-Celtic Place-Names of North-East England and South-East Scotland' ("The Heroic Age," 10). 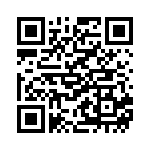