Michael Roberts is Robert Rich Professor of Latin in the Department of Classical Studies at Wesleyan University. 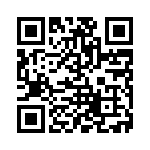