To be honest, I've always been a bit middle of the road on this one. Not nearly as good as his early stuff, but vastly better than his later religious garbage. It's a good tale, but it always creeped ... Read full review

Mister, they take a brave journey. They turn away from mere things, which one may handle and turn to practical use; they turn inward to meaning. There, the black-night-without-bottom lies, the pit ... Read full review

PHILIP K. DICK (1928–1982) wrote 121 short stories and 45 novels and is considered one of the most visionary authors of the twentieth century. His work is included in the Library of America and has been translated into more than twenty-five languages. Eleven works have been adapted to film, including Blade Runner (based on Do Androids Dream of Electric Sheep?), Total Recall, Minority Report, and A Scanner Darkly. 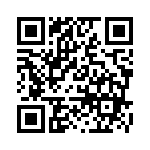