Born into a wealthy clan of bondservants to the Manchu imperial family that for three generations had controlled China's textile monopoly in Nanking, Cao Xue Qin (also known as Ts'ao Chang) spent his childhood and adolescence in a large extended family surrounded by opulence. When Cao was 13, in 1728, the Yung-cheng emperor, suspicious of the Cao family's possible ties to rival claimants of the throne and dissatisfied with their performance in Nanking, confiscated the family property. The family was forced to move to Peking and spend the rest of their lives in greatly reduced circumstances. In his lonely middle years, Cao comforted himself by composing the brilliant long novel known as The Dream of the Red Chamber (1792) and also as The Story of the Stone. The work is both a nostalgic recreation of the golden world of his childhood, and a Buddhist and Taoist warning that worldly achievements and material possessions are vain and unenduring. The last 40 chapters of the 120-chapter novel were written or edited by a second author, Kao O [Gao E]. That Manchu nobleman more or less followed Cao's original intentions, probably worked from rough drafts of Cao's. However, there is some evidence that Cao originally intended the work to end even more starkly and tragically than it does. Political prudence, however, made it necessary for Kao O to tone down what might have been perceived as criticism of the family's harsh treatment by the emperor.

SHIRLEY CHANG was born in Taipei, Taiwan, in 1974. In 1997 she graduated from Tunghai University with a BA in Fine Art, going on to obtain an MA in Illustration from the University of Central England in 2000. Her work has been selected in Student Design Year Book 2000, Image26/The Best of British contemporary illustration 2000, and Calendar 365. 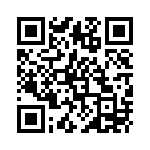