WILLOW G. MULLINS received her BA in Folklore from Brown University and her MS in Textile History and Conservation from the University of Rhode Island. She has worked as a textile conservator, and is now working on her PhD in Folklore at the University of Missouri, Columbia with an emphasis on material and visual culture and postcolonial theory. Her current research interests include the embodiment and representation of personal and cultural identities, intercultural interaction, and the ethics of representation and global aid. 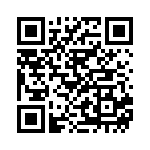