This book covers a range of topics relevant to linguistic anthropology through a series of chapters written in a fully readable and engaging style. The authors appropriately realise that not all ... Read full review 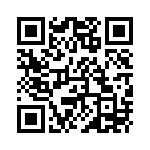