Arthur J. Pomeroy is Professor of Classics and Head of School at Victoria University of Wellington, New Zealand. He is author of several books on classical studies including Then It Was Destroyed by the Volcano: the Ancient World in Film and Television and is a recipient of the VUW Teaching Award for sustained excellence in teaching. 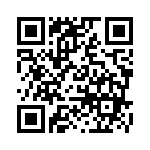