I have recently found myself gravitating more towards non fiction novels. Thus the reason that I picked up this book to read it. In addition, that I like to read about subject matters that sound ... Read full review

Fevered yet strangely generic account of a lawbreaker who came to enjoy a high-risk occupation: infiltrating outlaw motorcycle gangs.It's hard to know who to root for in this true-crime narrative ... Read full review

KERRIE DROBAN is the co-author of Prodigal Father, Pagan Son and author of Running with the Devil, winner of the USA Book News National Book Award for Best Memoir/Autobiography and two-time winner for their True Crime award. She is an attorney in Arizona. 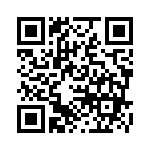