William Dean Howells was born in Martin's Ferry, Ohio on March 1, 1837. He dropped out of school to work as a typesetter and a printer's apprentice. He taught himself through intensive reading and the study of Spanish, French, Latin, and German. He wrote a campaign biography of Abraham Lincoln in 1860. Lincoln appointed him U.S. consul in Venice, Italy in 1861 as a reward. After returning to the U.S. several years later, he became an assistant editor for The Atlantic Monthly, later becoming editor from 1871 to 1881. He also wrote columns for Harper's New Monthly Magazine and occasional pieces for The North American Review. As an editor and critic, he was a proponent of American realism. Although he wrote over a 100 books in various genres including novels, poems, literary criticism, plays, memoirs, and travel narratives, he is best known for his realistic fiction. His novels include A Modern Instance, The Rise of Silas Lapham, A Hazard of New Fortunes, The Undiscovered Country, A Chance Acquaintance, An Imperative Duty, Annie Kilburn, and The Coast of Bohemia. He received several honorary degrees from universities as well as a Gold Medal for fiction (later renamed after him as the Howells Medal) from the National Institute of Arts and Letters. He died from pneumonia on May 11, 1920. 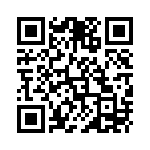