Leigh Eric Schmidt is the Edward C. Mallinckrodt Distinguished University Professor at the John C. Danforth Center on Religion and Politics at Washington University in St. Louis. His books include Restless Souls: The Making of American Spirituality and Heaven's Bride: The Unprintable Life of Ida C. Craddock, American Mystic, Scholar, Sexologist, Martyr, and Madwoman. He lives in St. Louis. 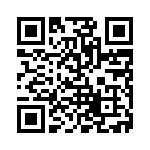