Insightful and thought provoking. The cuckoo succeeds by exploiting the natural inclination that bigger is better. The female cuckoo sneaks into the nest of another species when the parent bird is ... Read full review

Deirdre Barrett is an evolutionary psychologist at Harvard Medical School’s Behavioral Medicine Program. She is the author of several books, including Waistland, Trauma and Dream, and Supernormal Stimuli. She lives in Cambridge, Massachusetts. 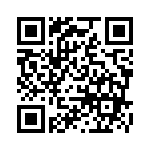